Enchanted Island Amusement Park, the Valley’s best place to take the family is conveniently located just west of 7th Avenue on Encanto Blvd, right in the heart of Phoenix’s picturesque Encanto Park, which was named one of America’s 12 Best City Parks by Forbes. Encanto Park boasts 222-acres of lush oasis located in the heart of the of the valley.  Park amenities include a fishing lagoon, boat house, club house, swimming pool, nature trail, sports complex,  two golf courses, and other amenities.

Whether you like spinning, flying, dropping, bumping, driving, rocking, or rolling, the rides at Enchanted Island Amusement Park are sure to thrill and delight. If you’re in a leisurely mood, tour the grounds on the C.P. Huntington Train, go back in time on the 65-year-old Encanto Carousel, and rent a pedal boat or canoe. More adventurous riders will also want to take in the spectacular skyline views from the Parachute Tower, crash and splash in the Bumper Boats, and maneuver their own airplane on the popular Red Baron ride. 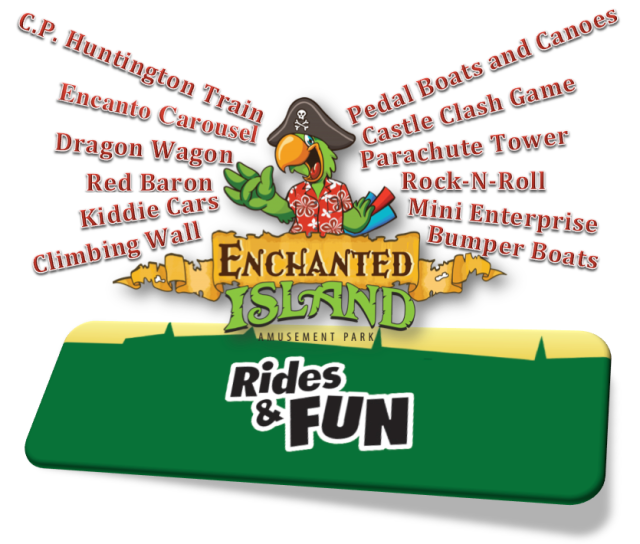 Just south of the Encanto Park lies the historic Encanto-Palmcroft neighborhood. Many of the homes in the community were built prior to World War II, and offer a glimpse of old world charm that abounds in this seventy-five-year-old neighborhood, once considered an ideal suburban Phoenix retreat.

Rooted firmly in the City Beautiful movement of planning, the Palmcroft and Encanto Districts were developed starting in the late 1920s. With winding lanes, tree-lined streets, lush landscaping and nearby Encanto Park, this neighborhood resembles more of an English suburb than a Phoenician neighborhood. The district contains many larger, period revival manors, marking a time when it was a getaway from the hustle and bustle of early city life. The Encanto-Palmcroft historic neighborhood is diminutive in size with approximately 330 households. Architecture in Encanto-Palmcroft includes Spanish Colonial, Tudor Revival, Cape Cod and Monterey Revival. The proximity of this quaint Downtown Phoenix neighborhood to Encanto Park represents an approach to suburban planning referred to as “City Beautiful” that evolved in Phoenix as a highly successful achievement. It symbolized a romanticized approach to architecture and the houses tend to “look towards each other,” reinforcing a sense of community. Boundaries: Encanto Boulevard south to McDowell Road; Seventh Avenue west to 15th Avenue.

Blueprint for the Neighborhood

Today, Encanto-Palmcroft is an attractive and desirable place to live. Many residents are renovating, restoring and remodeling their homes with enthusiasm and flair. Neighbors pride themselves and work hard to maintain the neighborhood spirit that has developed. This vibrant neighborhood with the unique architectural elements can be visited during the  Home Tour and Street Fair in March of 2019

Home Tour runs every 2 years. Here is a video from the 2017 Home Tour.